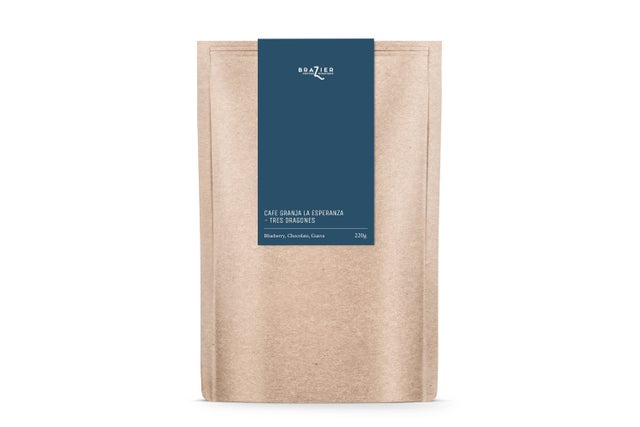 Farm: Café Granja La Esperanza has a reputation for producing competition winning coffee and this delicious and moreish coffee is no exception.

Tres Dragones gets its name from three furnaces that are used to generate the heat for drying the coffees on the Potosi farm. Located in Caicedonia and comprising of 52 hectares, 34 hectares goes in to producing the Colombia variety that this lot is comprised of.

Two of the eleven children, Rigoberto and Luis, showed special interest in coffee production and processing. They decided to give their crop a new direction, changing to organic in the late 90’s. Besides Potosí, another farm in the Trujillo region was acquired to enlarge the organic production, La Esperanza farm. In 2007 Don Rigoberto had the chance to lease and manage a coffee farm in the region of Boquete in Panama, called “La Carleida”, and a year later obtained first place in the “Best coffee of Panama”. At this point he decided to bring some of the Geisha seeds to Colombia, starting a new era in the history of Granja La Esperanza.